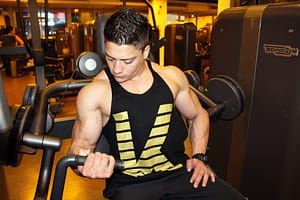 Men are often interested in what to add to their diet, to enhance muscle mass, such as protein powders, muscle mass supplements, and diets involving 12 egg whites for breakfast. There are, however, little known strategies, that will do the job far better, if you know what to subtract from your diet:

Avoid estrogenic substances, all of which have a feminizing effect on the male physique. When you read the following, finally, it will all makes sense, as to why those supplements and egg whites and endless gym workouts did not get you the body you want.

Obesogens are chemicals we ingest which disrupt our hormonal system, by creating excessive estrogen in our bodies, which in turn can lead one in the direction of obesity, flabby muscles, or feminizing physiques. Whether one reaches full obesity or not, the symptoms of obesity begin to manifest as: muscle loss, weight gain, fatigue, reproductive disorders, and many more symptoms related to endocrine disruption. Some major source of obesogens are:

Xenoestrogens: These are found in antibiotics, phthalates in certain plastic containers and air fresheners. They mimic estrogen, and cause a feminizing effect on the body – soft muscles and skin, for example.

Pesticides: There are thousands of pesticides sprayed on food, of special note, atrazine and DDE, but even the FDA does not want you to eat these 12 toxic foods, unless they are organic. In order, worst first, the most toxic of all are strawberries, next are apples, and so on: And stop making those protein powder smoothies, using these fruits!

Pesticides are estrogenic, and disrupt hormonal balance in the body.

And if you are really serious about gaining muscle, only drink organic wine, because regular wine is estrogenic.

.
BPA plastic exists in some hard plastic bottles, which hold sports drinks, and in linings of canned foods, unless the label says BPA free. BPA has been banned in baby bottles. Plastics have triangular markings imprinted within the plastic, so avoid plastics with the number 3 or 7 on the bottom, which may leach BPA. Instead look for the numbers 1, 2, 4, 5, and 6, which are unlikely to contain BPA.

BPA is highly estrogenic, and can derail the most stringent muscle building regimen.

BSA became the replacement for BPA, when the truth about BPA came out. However, it is just as bad as BPA. If in doubt, read your bottle manufacturer’s website, or write to them. Crystal Geyser wrote back to me, to inform me that their water bottles contain neither BPA nor BSA.

PFOA, THE MAIN INGREDIENT IN TEFLON COOKWARE, WHICH LEACHES INTO THE BODY, every time you cook on it. It is a known carcinogen and hormonal disruptor.

PVC, Found in cling-wrapped meats, cheeses, and other plastic-wrapped foods. It is also found in the pipes leading to your faucet, and thus, a Water Purifier is essential to a muscle enhancing programme. Or use only pure spring water.

Meat, eggs, and cheese: All animals are given massive doses of Growth Hormone to increase their mass, which equals higher profits. So, only eat dairy stating “no BGH” on the label, or you will also get ‘fattened up’. Labels stating “Organic and no BGH” are even better. And no, you will not get beefed up muscles form absorbing the Growth hormone for cows, as it is a genetically modified, synthetic hormone which plays havoc with both male and female endocrine systems.

High fructose corn syrup: HFCS is now in almost every type of packaged food, due to it being far cheaper to manufacture than sugar. Studies have found that regular consumption of hfcs will double your chances of becoming obese. High fructose corn syrup is not corn, nor is it fruit. Yes, it is derived from corn, but the glucose in the starch is chemically converted into syrup. By the time you eat it, it is a chemical not a food. Due to the bad press HFCS has received, BE AWARE that companies producing HFCS have been granted permission to use the following terms on labels: corn syrup, fructose.

So bodybuilders beware: check your supplement powders for these ingredients, and check every food package, can, and bottle, for this muscle destroyer.

Tap water: Fluoride is only slightly less toxic than arsenic. Other than that, fluoride causes low thyroid function, which in turn leads to weight gain. Fluoride disrupts the immune system, and creates muscle wasting. So, once again, a top class Water Purifier should be used, not just for drinking, but in all you cooking, coffee, and tea.

How to Detox from Obesogens

Now to remove all those estrogenic compounds from your body! Obviously, you would avoid all the items on the above list, because its time to let your body be obesogen free, and allow your muscles to reveal there true form.

The supplements most effective in removing obesogens from your cells, are: 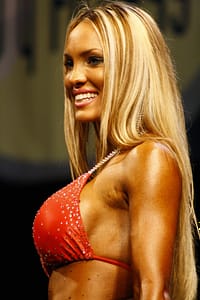