Fibromyalgia and Chronic Fatigue Syndrome (CFS) are often disregarded by the mainstream medical profession, as being ‘in your head’, or as ‘hypochondria’, and even as ‘depression’.

It is none of those things. It is a very real condition, often brought on by exposure to a wide variety of toxins.

The body has simply reached a point of tremendous toxic burden, so the symptoms of muscle aches and fatigue, are natural, under the circumstances.

Sadly, many doctors will say that fibromyalgia is incurable. It is hypocritical to deny the existence of an ailment, but then to declare that this made-up ailment, is incurable!

Natural Cures for Fibromyalgia and CFS

Since the cause of this ailment is toxic burden, there are a variety of detoxification programs, which deliver fantastic results.

B. The Anti-Parasite Cleanse.

All of the above programs should be done, and in the above order, in order to make profound changes in fibromyalgia.

Take a break of one or two months in between each program, before starting the next program.

A. Can the Candida Diet eliminate Fibromyalgia?

If you suffer from persistent acne, unexplained rashes, allergies, recurring vaginal or bladder infections, strange muscle aches, fatigue, fibromyalgia, headaches, ADHD, arthritis, mood swings, respiratory infections, asthma, eczema, psoriasis, thyroid imbalance, auto-immune disorders, Type 1 diabetes, or digestive disorders such as IBS or constipation, you may have Candida, currently known as leaky gut syndrome. What might all of these ailments have in common?

The answer is: By having taken antibiotics, your beneficial intestinal flora, have been killed off, along with the bacteria, which the antibiotics were targeting.

Intestinal flora’s function is to break down food, into substances which can be assimilated.

So if you have no or low flora, you are not assimilating much from the food you eat. For example, you could eat ten oranges, and hardly absorb any vitamin C.

So what happens when your body absorbs almost no nutrients? Well, it cannot perform a wide variety of healing and detoxifying functions, hence the symptoms of fibomyalgia, begin.

Beneficial intestinal flora can also be greatly reduced by:

extreme stress, lasting over a period of time

toxins in pesticides (found on all non-organic food)

Here is a link to the article, on how to complete The Candida Diet.

B. Can Fibromyalgia be caused by Parasites?

There are several causes for fibromyalgia, and playing host to a parasite can certainly produce the symptoms of fibromyalgia.

Anyone can get parasites. It is estimated that half the population is living with some kind of parasite in their gut. You can get it from any pig product, meat, raw seafood (sushi), and even lettuce. It can be ingested by drinking unclean water in certain foreign countries.

Different species of parasites produce different symptoms. Certain types of parasites cause symptoms so similar to fibromyalgia, that it would be an obvious choice to try the parasite cleanse.

For more information on how to do this cleanse, read ‘Natural Cures to Eliminate Parasites’.

Heavy metals can enter the body via:

dental procedures ( The International Center for Nutritional Research Inc, has this to say “Dental amalgam fillings slowly leak mercury, tin, silver, copper and sometimes nickel. All of these metals have various degrees of toxicity. A fairly large mercury filling contains enough mercury to kill a child if given as a single dose!

The most common symptoms caused by amalgam fillings are:

dental injections ( the dentist Michael Goldman, states that “the most commonly used type of injected local anesthetic  breaks down into anilines, which are reportedly the main carcinogens found in tobacco.” One dental anesthetic exposes you to the equivalent of hundreds of cigarettes.

vaccines (the National Vaccine Center says “Thimerosal, which contains the organic compound ethyl mercury, is a known neurotoxin and used to be a major ingredient in childhood vaccines. A growing number of physicians, scientists and parents maintain that thimerosal has played, and continues to play a large role in contributing to the emergence of multiple chronic illnesses in children and adults, including the neurological spectrum disorders.”)

tap water (From one of hundreds of University hospitals and Geology departments, comes the statement “Diseases are apparently related to drinking water with heavy metals such as Lead, Cadmium, Copper, Molybdenum, Nickel, and Chromium. Renal failure is related to drinking water with lead and cadmium, liver cirrhosis to copper and molybdenum, hair loss to nickel and chromium, and chronic anemia to copper and cadmium.) For more info on tap water contents, read why tap water is not safe to drink.

cigarettes (MDPI states “The presence of trace amounts of metals in tobacco smoke has been known for some time. Those most commonly associated with health effects include arsenic, cadmium, chromium, nickel, and lead.”

A toxic burden is placed on lungs, by smoking cigarettes, because over 4,000 chemical compounds are created by burning a cigarette, many of which are toxic and / or carcinogenic (causes cancer).

There are many other sources of heavy metal ingestion, for example, certain pharmaceutical drugs, but the main issue, is that if you suffer from symptoms of fibromyalgia, there is an extremely high chance that you have heavy metal overdose syndrome.

For more information on how to do a heavy metal detox, read Heavy Metal Poisoning.

Obesogens are chemicals we ingest which disrupt our hormonal system, which in turn can lead one in the direction of obesity. Whether one reaches full obesity or not, the symptoms of obesity begin to manifest as:

and many more symptoms related to endocrine disruption, including fibromyalgia.

For a complete detox read ‘5 Ways to Detoxify your Body’, or simply follow the Obesogen Detox, below.

Xenoestrogens: These obesogens are found in antibiotics, which doctors over prescribe. Only take antibiotics when a bacterial infection is present.

Phthalates are found in certain plastic containers, and air fresheners.

Pesticides: There are thousands of pesticides sprayed on food, of special note, atrazine and DDE are major obesogens. For info on which food you must eat organic, see below.

BPA: This plastic, full of obesogens, is found in some hard plastic bottles, which hold sports drinks, and  in linings of canned foods, unless the label specifically says ‘BPA free’.

BPA has been banned in baby bottles. Thats how toxic it is.

Plastics have triangular markings imprinted within the plastic, so avoid plastics with the number 3 or 7, as these may leach BPA.

BSA: This became the replacement for BPA, when the truth about BPA came out. However, it is just as bad as BPA.  If in doubt, read your bottle manufacturer’s website, or write to them. Crystal Geyser wrote back to me, to inform me that their water bottles contain neither BPA nor BSA.

PFOA: THE MAIN INGREDIENT IN TEFLON COOKWARE, WHICH LEACHES INTO THE BODY, every time you cook on it. It is one of the major obesogenss, and a known carcinogen.

PVC: These obesogens are found in cling-wrapped meats and cheeses, and other plastic-wrapped foods.

PVC is also found in the pipes leading to your faucet. A Water Purifier is essential, to filter out dozens of obesogens, toxins, and heavy metals.

Polystyrene / styrofoam: This chemical, packed with obesogens, leaches into your take-out coffee, and other hot drinks.

Meat, eggs, and cheese: All animals are given massive doses of Growth Hormone to increase their mass, which equals higher profits. So, only eat dairy stating “no BGH” on the label, or you will also get ‘fattened up’. Labels stating “Organic and no BGH”, are even better.

When it comes to eggs, eat ‘organic and antibiotic free’, to avoid these obesogens. 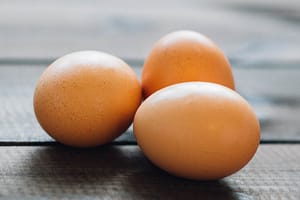 High Fructose Corn Syrup (HFCS): HFCS is now in almost every type of packaged food, due to it being far cheaper to manufacture than sugar. It is one of the main obesogens in the American diet, and has been theorized by many authorities, to be one of the leading causes of the fast-growing obesity epidemic in this country.

Studies have found that regular consumption of HFCS will double your chances of becoming obese.

High fructose corn syrup is not corn, nor is it fruit. Yes, it is derived from corn, but once the glucose in the starch is chemically converted into syrup, by the time you eat it, it is a chemical, not a food.

Due to the bad press HFCS has received, BE AWARE that companies producing HFCS have been granted permission to use the following terms on labels: corn syrup, fructose.

Modern plumbing is made of PVC piping, which is a major source of obesogens, as the plastics leach into the water.

Fluoride, in tap water, is only slightly less toxic than arsenic. Scientifically published research shows that a build-up of fluoride in the body, leads to fibromyalgia, weak bones, heart and arterial disease, ADHD  and a host of other degenerative diseases.

The damage from fluoride in water, can take two decades to manifest as pschological disorders, Alzheimer’s disease, hypothyroidism, bone cancer, or osteoporosis.

Fluoride is a goitrogen, that lowers the level of iodine in the thyroid gland, and disrupts its function. This leads to hypothyroidism, which in turn, often leads to osteoporosis.

Other symptoms of fluoride build up, are: arthritic joints, diabetes insipidus, and chronic skin rash disorders.

Therefore, fluoride is one of the major obesogens, and is consumed daily, by the gallon.

Fluoride accumulates in cells. But there are ways to detoxify from fluoride:

How to detox from fluoride

A. The only scientifically proven way to detox from fluoride, is with iodine. Infusing the body with iodine, displaces fluoride from cell receptors, and flushes the fluoride out of the body, and into the urine.

B. Buy a powerful water filter, which is proven to remove fluoride, and other heavy metals. Remember to only cook with filtered water, and this includes tea and coffee beverages.

C. Most pesticides contain fluorides, so if you have been eating produce that is heavily sprayed, you have been ingesting fluoride. Washing fruit and veg does not help. The pesticides penetrate the skins.

Recently, EWG published a  list of the most heavily sprayed foods, from data they accumulated from the FDA’s extensive testing, The conclusion was that the following produce must only be eaten organic, or else, you will be seriously endangering your health: 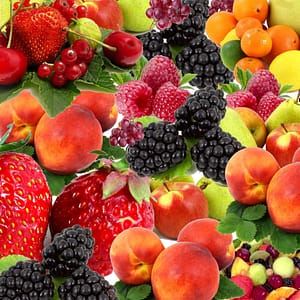 Berries, although borderline ‘safe’, are not safe, due to pesticides penetrating them to the core.

Although not on the list, potatoes, lettuces, and citrus fruits should also be eaten organic, as they are heavily sprayed with fluoride-based chemicals, far in excess of a safe dose.

How to Detox from Obesogens

Obviously, you would avoid all the items on the above list. Secondly, the supplements most effective in removing obesogens from your cells, are:

Take these supplements for 3 weeks, while avoiding all the issues mentioned in the above article, ‘How to avoid Obesogens.’

Weight loss should be expected, but equally importantly, symptoms which were caused by obesogens, should decrease dramatically.