Tap water is not safe to drink. Whoever thought that would happen?

From one of hundreds of University hospitals and Geology departments, comes the statement “Diseases are apparently related to drinking water with heavy metals such as Lead, Cadmium, Copper, Molybdenum, Nickel, and Chromium.

Many people do not know that fluoride is a heavy metal.

Water is not safe to drink, unless it is purified, or unless it is spring water from a verified, pure source. No matter how much your local Water Department claims purity of the local water supply, the sad fact is that thousands of toxins, carcinogens, obesogens, fungi, chemicals, and heavy metals are in your tap water, if you live in a civilized, first world country.

Fluoride is more toxic than lead and only slightly less toxic than arsenic. It is an exceptionally dangerous chemical.

Double-blind published research shows that a build-up of fluorides in the body, leads to fibromyalgia, skeletal fluorosis, weak and damaged bones, heart and arterial disease, reduced intelligence, ADD / ADHD (attention deficit hyperactive disorder), and a variety of other degenerative diseases, that vary according to each individual.

The damage is not immediate, and can take twenty or more years to show up as behavioural disorders, Alzheimer’s disease, hypothyroidism, hip fractures, bone cancer, osteoporosis, other cancers, kidney damage, and a wide variety of other disorders.

Fluoride will eat through metal and plastic pipes, and corrode stainless steel and other materials. It will dissolve rubber tires and melt concrete. This fluoride is in your water! And all in the name of “saving children from cavities”, which is a highly questionable claim, according to many researchers.

Many researchers have proven that this toxic fluoride chemical is an industrial waste product of the phosphate mining industry, and of the aluminum industry. Big corporations have found a way to make profits from a waste product, that would have otherwise cost them, to dispose of. Instead, fluoride-peddling companies receive millions in fluoride contracts, from each State.

Fluoride is classified as a drug, and it is the only drug ever to have been added to drinking water, by the government. And yet, no data show proof of dental cavities decreasing, since the addition of fluoride to our drinking water.

Other common uses for fluoride include: rat and cockroach poisons.

“The prolonged ingestion of fluoride may cause significant damage to health, and particularly to the nervous system”, according to Valdez-Jimenez, lead researcher of a study published in June 2011. “It is important to be aware of this serious problem, and avoid the use of toothpaste and items that contain fluoride, particularly in children, as they are more susceptible to the toxic effects of fluoride.”

Fluorine, bromine and chlorine are toxic. They are goitrogens that lower the level of iodine in the thyroid gland and disrupts its function. Goiters, you may remember, are large swellings which can appear under the throat when there is insufficient iodine in the diet.

Fluoride poisoning can be manifested in seemingly harmless symptoms, such as white spots in teeth (dental fluorosis), or chronic problems, such as arthritic joints, or more serious problems, including respiratory disease or cancer, or a complex of problems, whether acute or chronic.

Many drugs contain fluorides as an active component, such as antibiotics and many anaesthetics.

Fluorides tend to accumulate in the body, rather than being easily excreted. For this reason, they are also added to many pharmaceuticals so that the active components are not quickly flushed away.

Other symptoms of fluoride poisoning are:

arthritis – stiff, painful joints with or without swelling, painful feet in the morning

bony, painful lumps, where tendons and ligaments attach to bones.

feeling cold all the time.

colic in bottle-fed babies, or colic developing when breast-fed babies start solids or are weaned.

diabetes insipidus (a kidney ailment), which manifests itself as excessive thirst, increased water consumption that does not relieve thirst, dry throat and irritated eyes, and frequent dilute urine, especially at night, with normal blood sugar findings.

moving black spots (scotoma, or floaters) in front of your eyes.

fatigue, weakness and brain fog after bathing or showering in chlorine-filtered water (similar symptoms can occur from chlorine sensitivity).

food intolerances that ‘seem to come and go’.

gum disease – irritated or bleeding gums despite good hygiene and diet; gums heal when you use un-fluoridated toothpaste.

hives, blisters, rash on stomach or back within an hour of drinking fluoridated water, or after bathing or showering in chlorine-filtered water.

teeth loosening or needing to be extracted despite good hygiene and diet.

bone fracture that occurs without much outside force.

disrupted your immune system, which could manifest as auto-immune disorders.

Fluoride distorts protein, so the immune system attacks its own protein, the body’s own tissue. This is what auto-immune diseases are about.)

(The accumulation of fluoride in the pineal gland, contributes to calcification of the gland, causing reduced production of melatonin.)

disrupted the synthesis of collagen which can lead to osteoarthritis

in-activation of about 62 enzymes in your body, which are essential for the absorption of vitamins and minerals

Most pesticides contain fluorides, so if you have been eating those crops that are subject to heavy spraying, you have been ingesting fluoride. Washing fruit and veg does not help much, because the pesticides penetrate the skins.

The most sprayed crops are:

iceberg lettuce – A large number of non-organic produce can contain shocking levels of fluoride-based pesticide, and iceberg lettuce may be one of the largest offenders.

In fact, iceberg lettuce can now be laced with a startling 180 parts per million (ppm) of fluoride, which is 180 times higher than the ‘recommended’ water fluoridation level. This ‘health’ food could actually be corroding your body with heavy levels of fluoride.

In 2016, EWG published a list of the most heavily pesticide sprayed foods, from data they accumulated from the FDA’s extensive testing. They called this list, ‘The Dirty Dozen.’

The conclusion was that the following produce must only be eaten organic, or else, you will be seriously endangering your health. Here they are, in order, worst first:

Yes, our beloved strawberries are the most toxic food tested by the FDA! 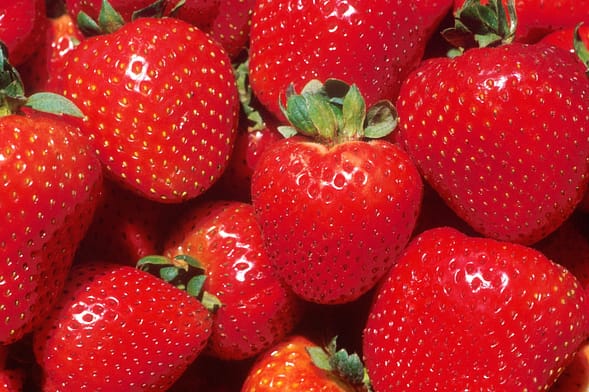 Assorted Berries, although borderline ‘safe’, are not safe, due to pesticides penetrating them to the core.

SURELY THE EPA REGULATES FLUORIDE’S PARTS PER MILLION IN WATER?

Yes, the a EPA sets a maximum allowable amount of fluoride in water, above which, they acknowledge that there are significant dangers to health. The problem is, that water is found in so many store-bought products, that our exposure to it is vastly increased.

Its like saying “Well its safe to have one glass of wine, per hour, if I’m going to be driving.” True. But if you have two glasses, or three glasses, it is no longer safe. 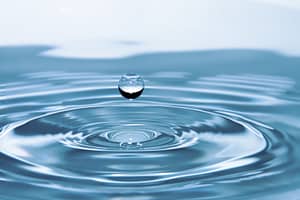 HOW TO DETOX FROM FLUORIDE

The only effective way to detox from fluoride, is with iodine. Loading the body with iodine, displaces fluoride from cell receptors, and flushes the fluoride out of the body, and into the urine.

The best dietary source of iodine is seaweed. Sea vegetables like wakame, nori, kombu (kelp), arame, and dulse are the richest edible sources of iodine. Just one tablespoon of dried dulse flakes contains about 750 mcg of iodine.

Other good iodine sources include seafood (salmon, lobster, scallops, cod and shrimp).  You can also find seaweed supplements like kelp tablets at most health food stores.

Iodine, preferably nascent iodine (which is the best quality), helps to remove sodium fluoride through the urine, as calcium fluoride.

Cleansing your system of fluoride is not the same as getting rid of mercury or arsenic. Fluoride is not just a heavy metal. It’s also a halide, which means that it binds to iodine receptors in the body, and displaces iodine.

Therefore, detoxing from fluoride, by using iodine, may trigger symptoms like headaches, agitation, and palpitations, as fluoride is released. To minimize those effects, an iodine detox should be gradually increased.

CURCUMIN from turmeric, fights fluoride toxicity. Remember also that turmeric needs black pepper to be more readily absorbed by your body. In a study published in Pharmacognosy Magazine, curcumin was found to protect against the brain-damaging effects of fluoride. Other studies show that curcumin also protects the kidneys against fluoride toxicity.

TAMARIND also helps expel fluoride through the urine. In a recent randomized, diet control study, Indian researchers studied the effect of tamarind in 30 subjects living in an area with high natural fluoride levels.
After two weeks, the group supplementing with tamarind had a significant increase in fluoride excreted through their urine.
The researchers concluded that tamarind mobilized fluoride from bone, and carried it out in urine.
In another study, Indian schoolboys ate 10 grams of tamarind every day. After 18 days, their excretion of fluoride was significantly increased. The researchers concluded that tamarind could delay fluorosis by improving excretion of fluoride in the urine.

A DRY SAUNA can also help to excrete sodium fluoride from fatty tissues. Be sure to drink up on purified water to replenish your system, during, and afterwards.

WATER FILTER – Buy a powerful water filter, which is proven to remove fluoride, and other heavy metals.

Remember to only cook with filtered water, and this includes tea and coffee beverages.

As with any cleanse, at the same time as you are detoxing from fluoride, your liver will need additional support:

And always drink plenty of water when detoxing. Divide your weight by two, and drink that number of ounces of fluoride-free water each day, to help flush the toxins.

Magnesium inhibits the absorption of fluoride into your cells.

Calcium attracts fluorides away from bones and teeth, allowing the body to eliminate it.