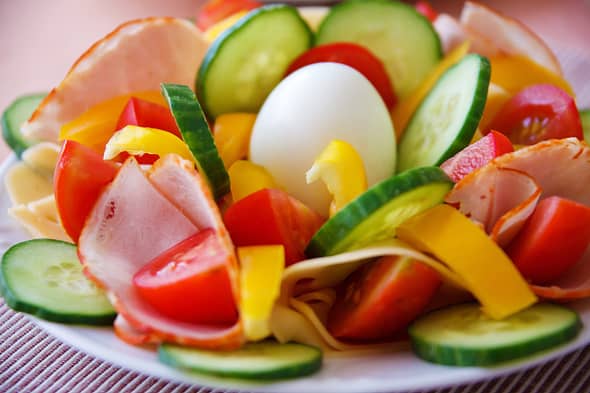 People often worry that if they become vegetarian, they will not get enough protein, or vitamins in their diet. Nothing could be further from the truth.

Cattle eat a mixture of grass hay, alfalfa hay, grains as well as corn. From this 100% plant-based diet, they get enough protein to supply every McDonald’s, and all the red meat you can imagine.

So yes, I think that is enough proof that a plant-based diet can be converted into protein!

The shocking truth, is that we have been brainwashed into believing that meat and milk are essential to proper muscle and bone development. To find out how this brainwashing has occurred since birth, I recommend that you watch the documentary “What The Health.” You will never be the same again.

By giving up meat, and hopefully fish as well, your health will improve a thousand fold.

The following bullet points are all backed up by scientific, peer-reviewed studies.

Source links are available, on request.

The public is not informed as to the extreme health risks involved in eating fish or meat. Debates about organic versus non-organic eggs, or playful articles regarding the latest update on butter versus margarine, distract the public into believing that they are well informed.

Here are just a few of the facts, which have been drawn from scientific studies:

For in depth and scientific studies, on the vast benefits of eating a plant based diet, I highly recommend watching the documentaries “What the Health” and “The Game Changer”.

To read more about the dangers of:

and many more seemingly harmless products,

visit the Alternative Remedies blog at Garden of Essences.