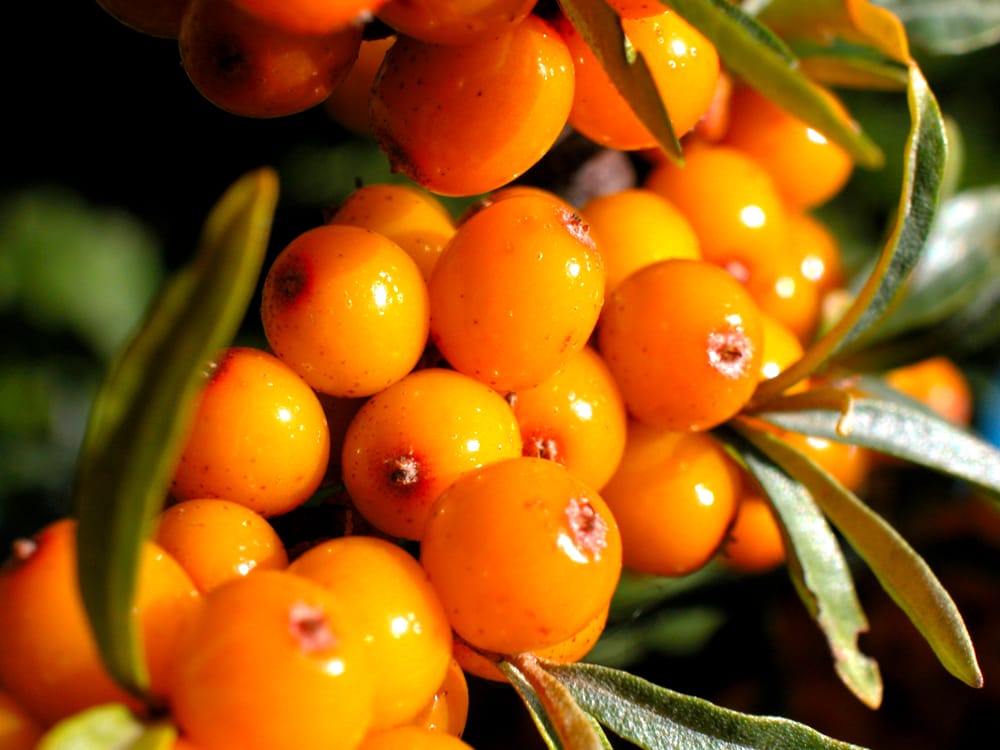 These berries are said to be the single highest source of Vitamin C, Vitamin E, unsaturated fatty acids, essential amino acids, and beta-carotene.

Anti-oxidants like Vitamin E and Vitamin A’s beta-carotene effectively combat wrinkles, dryness, and other symptoms of dry, mature skin, but the Vitamin E and A, in Sea Buckthorn Berry Oil contains the widest spectrum of these:

~Among the Vitamin A Carotenes found in Sea Buckthorn Oil are:
alfa- and beta-carotenes, lycopene, cryptoxanthin, zeaxanthin, taraxanthin and phytofluin.

~Among the Vitamin E Tocopherols are: gamma-tocopherol. Phytosterols of include beta-sitosterol, beta-amirol and erithrodiol. 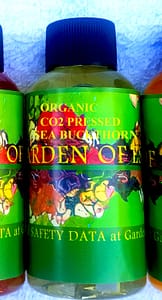 Intensive research by Scientists all over the world, have concluded that drinking Sea Buckthorn Berry Oil can help you lose weight. This was aired on a famous TV show, wherein the lab experiment was explained, as not only causing weight loss, but also lowering your diabetes markers.

Our edible, Sea Buckthorn Oil is the highest quality available, because not only is it Organic, but it is also a CO2 extract, direct from the berry fruit, not from the seeds (which is slightly biologically inferior.)

Carrier Oils have traditionally been derived using chemical solvents such as hexane, or by cold pressing the plant mechanically.

The CO2 extract has many benefits over these processes, because the temperature involved in the CO2 extraction process, is around 95 to 100 degrees F, as opposed to higher degrees F allowed during cold pressing of oils. 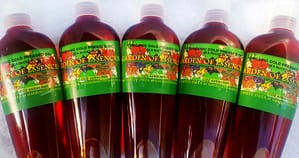 CO2 produces a superior oil, in that it has not been altered by the high heat, and has not had poisonous hexane involved.

We can bring you this superior, organic, CO2, Sea Buckthorn Oil at a reasonable price, because our supplier is one of the largest in the world, and because it is made in the USA, thus avoiding high prices associated with importation.

The sea buckthorn plant has been used for thousands of years, but only in recent years, has it been scientifically studied. For example, it has been found that there is more Omega 7 in sea buckthorn, than any fish in the sea. It’s also the most potent plant source of Omega 7 known.

China used Sea Buckthorn juice as its national drink during the 2008 Beijing Olympics because it is a multi-vitamin, in itself, for example, Sea Buckthorn berry provides 10 times more vitamin C than oranges.

But although the juice is nutrient dense, Sea Buckthorn juice is missing the essential fatty acids, and other compounds that are only found in the oil, so rather drink the oil.

The high, natural source of Vitamin C, in this oil, combined with rare Omega 7, and all the nutrients above, is very important regarding the regeneration of skin tissue, in cases of:

Other regenerative areas are for: excessively dry or damaged hair, wrinkles and lines, and brittle cuticles and nails.

HOW TO USE SEA BUCKTHORN OIL

You can use this oil as is, or you can get creative, and blend this super-fruit oil at a rate of 1o% to 50% into your hair conditioners, face creams, massage cremes, masks, or massage oils.

Add it to your other formulations, such as rollerball serums, body lotions, hand creams, body butters, lip balms, scrubs or soaps.

~Add FIFTEEN DROPS of essential oil, per 50 ml of Buckthorn Oil, for body use.

~Add TWO to THREE DROPS of essential oil, per 50 ml of Buckthorn Oil, for facial use.

WHAT KIND OF SEA BUCKTHORN OIL TO BUY?

2.  Organic, Cold Pressed lightly Refined, Sea Buckthorn Oil, which is also a deep orange color. No heat, bleach, or chemicals, are applied, during the refining process, so that the oil retains its beneficial nutrients.

It is filtered by being put through a charcoal filter, which is similar to a water purifier filter. This removes strong aromas, bright colors, and sediment.